AHMEDABAD: A university in Gujarat has kicked a row by inviting a top Rashtriya Swayamsevak Sangh (RSS) leader, who is also an accused in the Ajmer blast case, as the chief guest for the institution’s annual convocation ceremony. 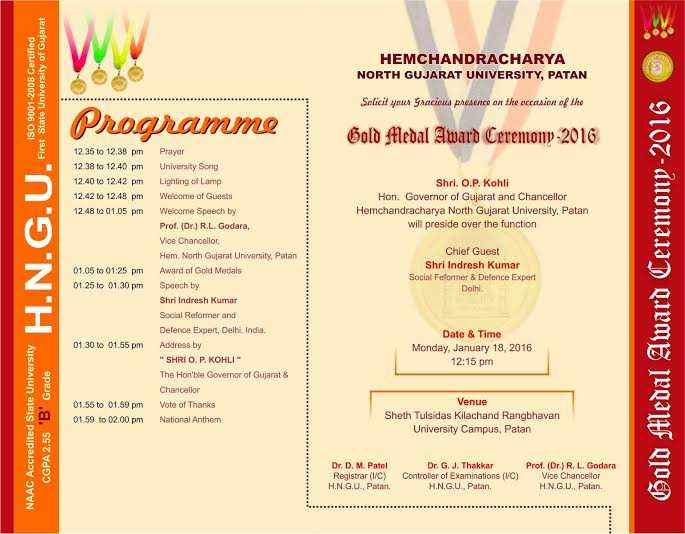 The invitation to Indresh Kumar by the Hemchandracharya North Gujarat University has created a difference of opinion on and outside the campus, with many educationists in the state questioning the move.

As chief guest, Kumar will not only hand over gold medals to meritorious students, but also give a speech in the presence of governor OP Kohli on Monday.

The university said the decision to invite Kumar has been taken by vice-chancellor RL Godra himself. The invite calls the RSS leader “a social reformer and defence expert”.

Kumar is one of the accused named in a CBI chargesheet on the blast at an Ajmer shrine in 2007, which killed three people and injured more than a dozen.

Interestingly, when a NavGujarat Samay reporter asked the registrar of the university Dr DM Patel about the invite, he said he had no idea who Indresh Kumar is. “The V-C fixed his name during a visit to Delhi,” he said.  (Courtesy: NavGujarat Samay)