The name of Aamir Edresy may not ring a number of bells in the social circles of India, but he is nevertheless making a difference. He can be summed up as a software engineer by qualification, a businessman by profession and a social activist by passion, currently heading the Association of Muslim Professionals.

Edresy, the eldest of six siblings, was born in 1981 in a middle class family in Mumbai and after finishing his schooling he went to Pune University to complete his Computer Engineering in 2002. 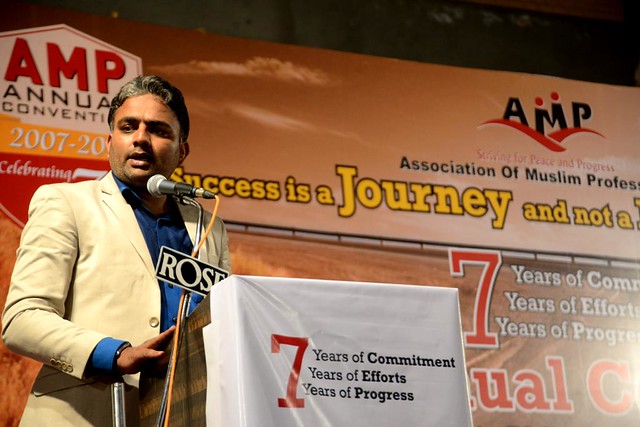 Having studied in an Urdu-medium school and grown up in Mumbai, Edresy was familiar with the condition of Muslims in India. Consequently, after he finished college, he decided to do his bit in helping the Muslim community and other underprivileged classes of conscientious individuals who will significantly contribute to the development of the Nation. 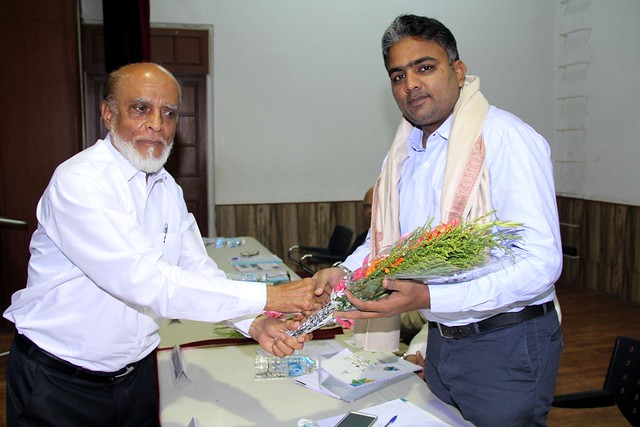 “Back in 2008, I didn’t know anyone in the social circles of Mumbai. I didn’t even know where to book a meeting hall for a meeting. So I organised that meeting on the terrace of my house in Buyculla area of south Mumbai,” says Edresy.

The first meeting of the online community of Muslim professionals left profound influence on them to do something for the community.

“We started in 2008 after our first meeting by organising awareness drives in schools and colleges about government schemes on education. We started a book donation drive, in which AMP members donated their old books which were distributed among poor and deserving students,” recalls Edresy. “Later, we started giving skill development lectures besides sharing job opportunities among the under privileged,” he adds. 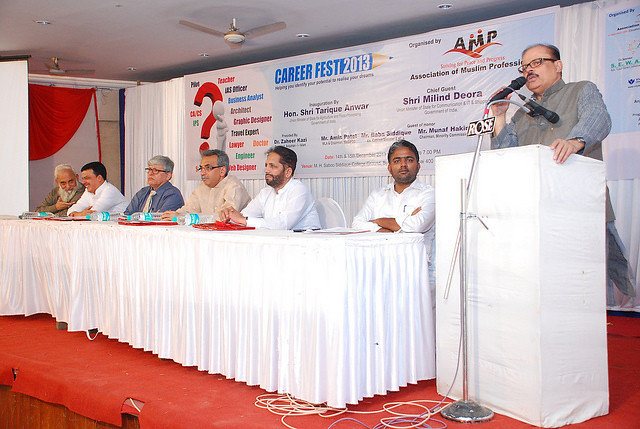 Realising that AMP had a lot of potential, it was formally registered in 2011 under Societies Registration Act 1860, Maharashtra, Mumbai with Aamir Edresy as a president.

“Initially, I worked as a lecturer at the M. H. Saboo Siddik College of Engineering. Later on I worked as a software engineer in a company. But after registering AMP, I found it hard to manage time between my social activities and professional duties and I decided to quit my job and fully focus on AMP in 2012,” he says.

Presently, besides managing his real estate business, Edresy has been able to evolve AMP in into a vibrant pan-India organization of dynamic individuals. It now serves as a platform for all Muslim professionals and volunteers to share their knowledge, intellect, experience and skills for the overall development of not just the Muslim Community but also the society at large.

The organization is entirely funded by its members and socially conscious individuals and it is presently having more than 50 active chapters in 12 states across India, with volunteers present in over 120- districts of India and growing further with a strong presence of professional base across the country. 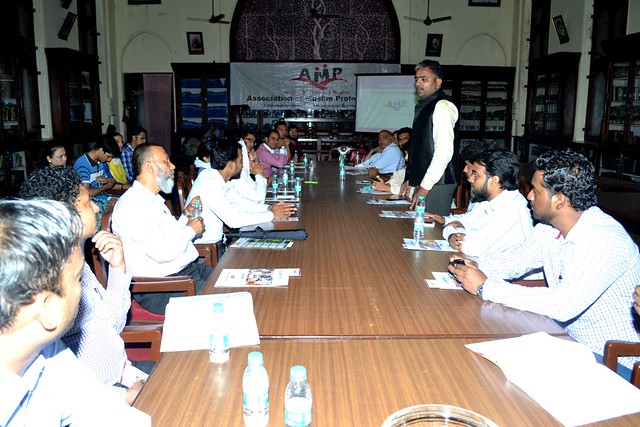 “I want to kindle in the hearts of my educated Muslim brethren a passion for working towards the upliftment of the underprivileged sections of the community,” he adds.

According to Soheb Selia, organising secretary, Association of Muslim Professionals, Edresy has “exceptional interpersonal skills and networking abilities which is quite evident from raising a strong social network from zero across India which includes professionals, students, politicians, bureaucrats and social leaders.”

“He is also quite erudite in the matters of public administration and political governance and is abreast with all the recent developments and changes in government policies,” adds Selia.

AMP has been instrumental in conducting various activities for the benefit of the society across the length and breadth of the country. The association has successfully organised ‘Career Fest’ in Mumbai for six successive years, where more than 1 lakh students from all over Maharashtra participated.

“Increasing competition has brought students under pressure. Students set their goal at an early age; however, an appropriate guidance from professional in the same sector is very necessary. Career fest is designed to achieve the same purpose,” says Edresy.

Laying greater emphasis upon online public forum, which is also the main reason for AMP’s birth, has ensured maintaining online public forums on social networking websites like Facebook, Google, LinkedIn and Twitter etc. to interact and communicate with more than 50,000 Muslim professionals.

Edresy’s AMP has been implementing skills development workshops all over India since its inception.

“Every month deserving students are taking the benefit of this service where AMP professional and experts are regularly taking classes at weekends. We have conducted more than 1,000 such lectures which have benefited more than 1 lakh students all over India,” he says.

In October 2015, Edresy’s AMP was in news for all good reasons after it hosted a job fair in a church at Mira Road in Mumbai which was attended by people from all communities thus setting a good example of communal harmony. More than 1,000 candidates had participated, 227 were shortlisted and 245 had got job offers on the spot.

In 2015, he was the only Indian who was invited to the ‘American Youth Leadership Summit.’

For Edresy, AMP stimulates every Muslim professional to come forward and make visible difference in lives of people and subsequently the whole nation.

“It gives us a single platform where our individual scattered efforts can transform into big collective and effective force for the renovation of whole of the Muslim community,” he adds. (TCN)