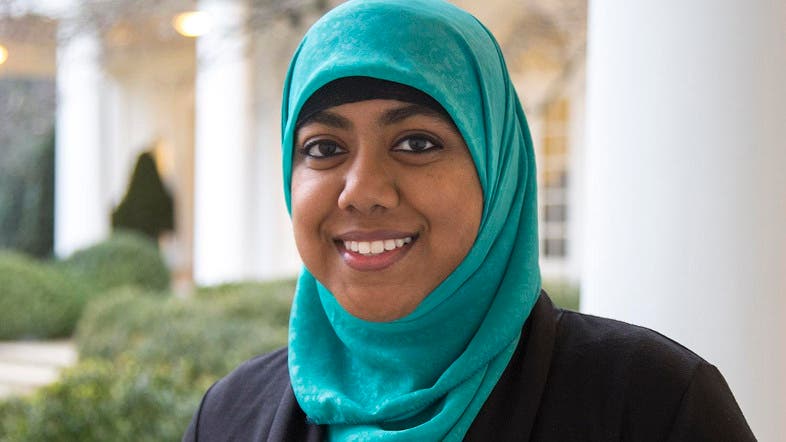 Rumana Ahmed, pictured, a reference to her headscarf that she wraps elegantly around her head while conducting her duty as an advisor to U.S. President Barack Obama’s deputy national security advisor. 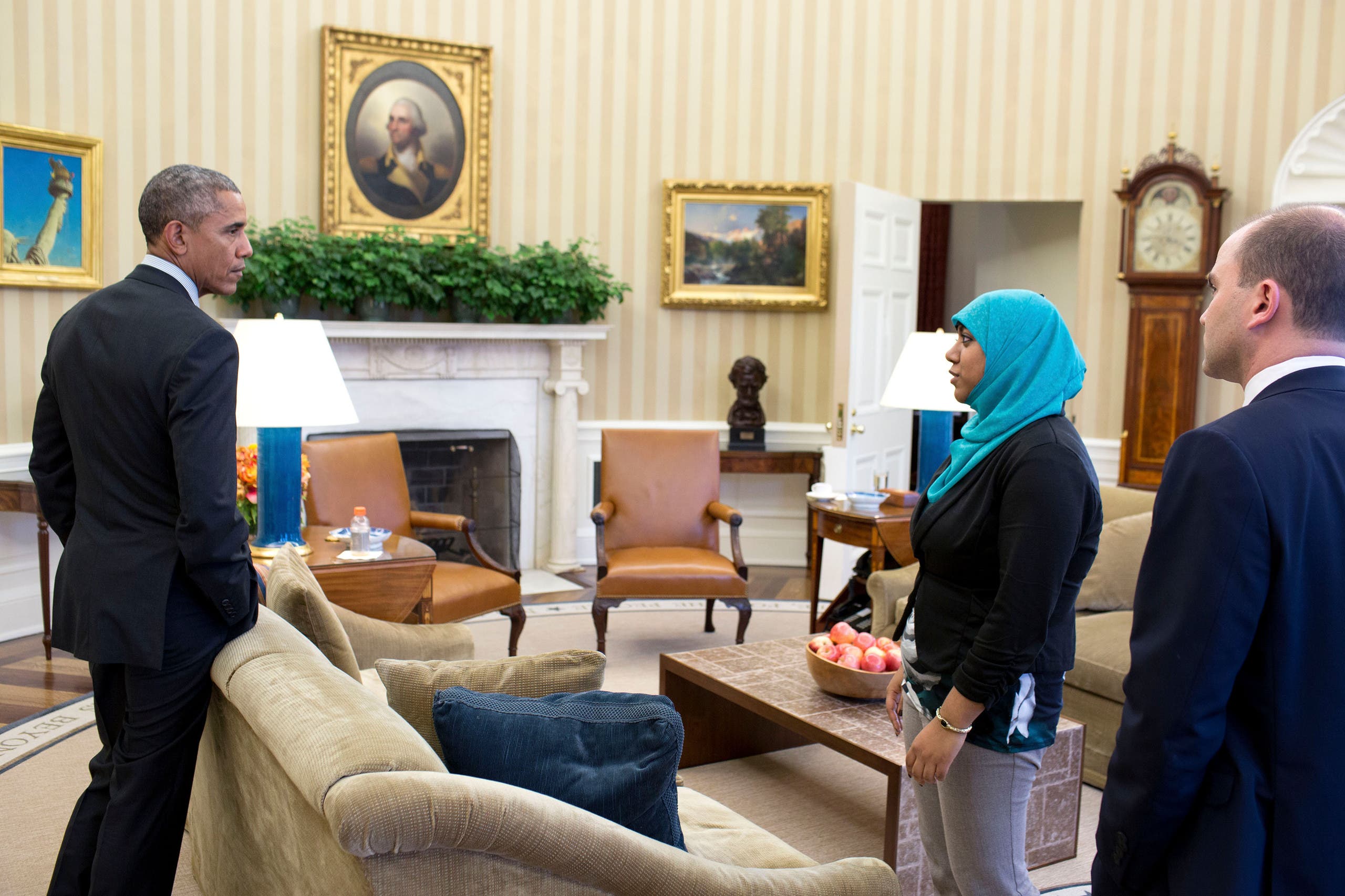 She calls herself “the hijabi,” a reference to her headscarf that she wraps elegantly around her head while conducting her duty as an advisor to U.S. President Barack Obama’s deputy national security advisor, Ben Rhodes.

Rumana Ahmed will be one of six people featured in an exclusive series for Al Arabiya English on Muslim Americans working in the White House.

Some Muslims work in sensitive positions at the National Security Council, and deal with classified information.

Others contribute to the legislative, immigration, and science and technology departments at the White House.

Muslims have become part of the political debate on national security and immigration. Republican presidential candidate Donald Trump has repeatedly targeted them, suggesting a ban on Muslims entering the United States “until we know what to do with them.”

Republican and Democratic leaders have criticized his remarks, saying they promote fear-mongering and hate.

Others express concern about the effect his statements could have on relations with the Muslim world.

That concern may have prompted Obama to make his first official visit to a mosque in Baltimore in February.

There, he spoke about Muslim Americans serving their government and defending the homeland, sometimes at the cost of their own lives.

The U.S. constitution bars the government from asking about religious affiliation, so it is difficult to estimate the number of Muslims serving in different branches.

They come from diverse backgrounds, but have a shared enthusiasm for serving the president and their country.

Ahmed is a young woman full of energy, and the most senior Muslim working for Rhodes. Prior to her current role, she worked in the office of public engagement under Obama’s confidante Valerie Jarret.

Born in the Washington suburb of Gaithersburg, Maryland to Bangladeshi parents, Ahmed says she did not aim for a government career at first.

That changed in the summer of 2008, when she saw then-candidate Obama talk about hope and change. The message resonated with her, and attracted her to a life in public service.

There, she worked on the Champions of Change program, which she said “was really about lifting everyday Americans, whether it was the work they were doing in their communities for gun-violence prevention, or healthcare enrolment. But it also brought people together to have them share resources.”

Through her work at the White House, she connected people passionate about various causes. The skills she learned in that role and as a White House liaison helped her with her own Muslim community.

“It was really exciting,” Ahmed said, “because I got to lift up voices and convene people, like in iftars and the president’s roundtable last year. One thing that, looking back, I never really realized was that even though you’re a young person, I think a question that people ask is, ‘do people take you seriously for being young, for being Muslim American?’”

When asked whether she faced discrimination, she said smiling: “The last time was right after 9/11. I’d just started covering my hair in public school, and after 9/11 I went through all the bullying, all the harassment. Honestly, I never had any issue with it.”

She points out experiencing the opposite at the White House. “I actually felt empowered being a hijabi, because I think people came to me to ask for my perspective and valued my perspective, because they knew that I brought a different perspective.”

She admits feeling self-conscious wearing a hijab when she started working in the West Wing.

“First of all, I couldn’t believe I was in this building. I was a little over-conscious of how people might be looking at me.”

However, “people were so nice, they looked at me just like they looked at every single other person. Ben, my boss, has given me exciting opportunities to be in front of the president. Every time I’m there, I keep wondering if I’m standing out as being a hijabi.”

Wearing the headscarf has benefits, she said, while recalling meeting her favorite actor Adam Scott.

“He asked me about my background, my experience working here and covering my hair, and he said: ‘I want my daughter to grow up to be you’.”

Ahmed says her position at the White House is a symbol of the administration’s support for diversity, which includes Muslims.

She realized that while on an official trip to a conference in Morocco, where a young Palestinian participant approached her in disbelief that the White House could employ a covered Muslim woman.

Rhodes told Al Arabiya English that Ahmed “is a great American success story, and a terrific representative of our country and its values. I rely on her every day, and she supports our work on everything from our support for global entrepreneurship to our engagement with the Muslim community; from the rebalance to Asia, to our normalization with Cuba.”

She “deeply values her country and her faith, and shows by way of example that those two things aren’t in conflict, but instead complimentary. Moreover, she’s always mindful of the example that she sets for others, particularly young Muslims who wonder about their place in America.”