“This has been made very clear in all the talks of our ministers as well as myself,” said Merkel at a joint press conference with Netanyahu after a joint meeting of the two countries’ cabinets here, Xinhua reported. 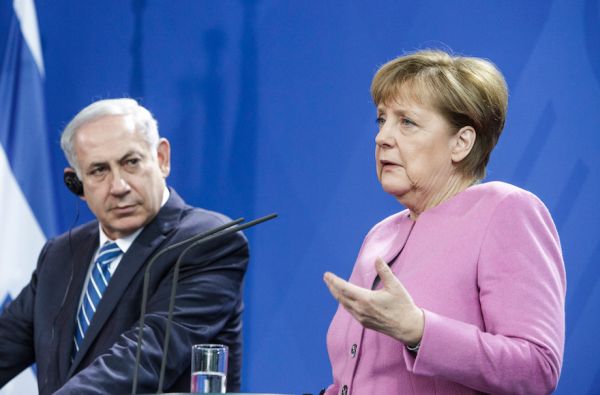 After Iran clinched a landmark deal with world powers in July last year to end a decade-long dispute over its nuclear programme, Germany intensified its economic and political exchanges with Tehran.

Both German Vice Chancellor Sigmar Gabriel and Foreign Minister Frank-Walter Steinmeier have visited the country. However, Berlin has not invited Iranian President Hassan Rouhani to visit Germany yet.

Addressing hopes of a two-state solution to resolve the conflict between Israel and the Palestinians, Merkel admitted it is not yet the time to make comprehensive progress in this respect.

“We believe we have to move forward in a process of peaceful coexistence” which “is based on a two-state solution,” said Merkel.

Both Merkel and Netanyahu emphasised friendly relations between the two countries. “If we are in Germany, then we know we are among good friends,” Netanyahu said.

It was the sixth intergovernmental consultations between the two countries which should have been held last year but was postponed due to violence in Israel.—IANS