Hundreds of French mosques are opening their doors to the public Saturday and Sunday in an effort to educate non-Muslims about their culture, at a time when Islamic extremist attacks have fostered negative impressions of the faith. 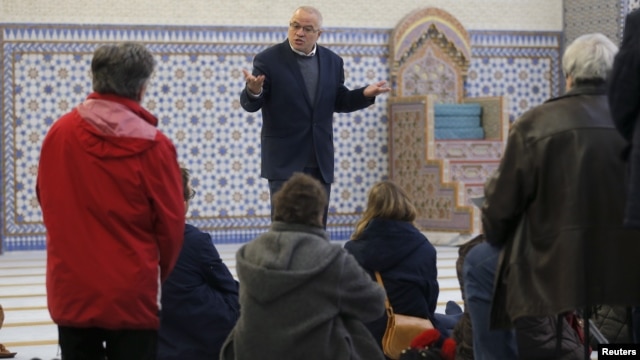 While not all of France’s 2,500 mosques are participating in the event, the most prominent ones are, including the Grand Mosque of Paris. The effort is backed by the country’s leading Muslim body, the French Council of the Muslim Faith.

The president of the group, Anouar Kbibech, told reporters that the mosques are inviting people to meet “normal Muslims” and partake in refreshments, guided tours, workshops and discussions, or even one of the five daily prayer sessions.

The event, dubbed “a brotherly cup of tea,” takes place between the first anniversary of the extremist attacks on the satirical Charlie Hebdo magazine, January 7, and January 11, which is the anniversary of the day millions of people took to the streets to show solidarity with the victims of those attacks.

Tensions heightened following the Paris attacks of November 13 when Muslim extremists killed 130 people at a variety of locations across France’s capital city. Since then, France has declared a state of emergency and closed three mosques thought to have been “radicalizing” their members.