A Canadian author will become the first Muslim-born woman to lead a mixed-gender British congregation through Friday prayers tomorrow in a highly controversial move that will attempt to spark a debate about the role of female leadership within Islam. 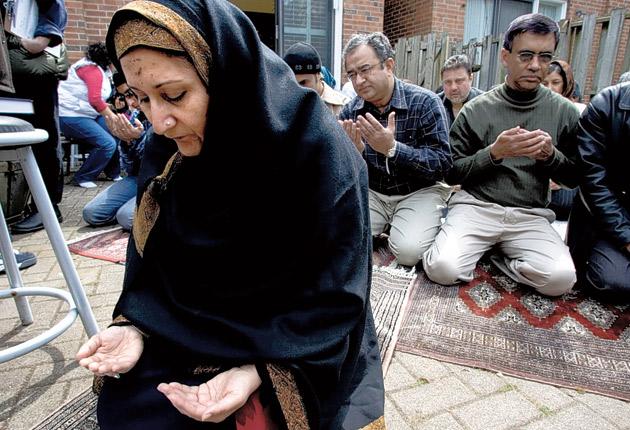 Raheel Raza, a rights activist and Toronto-based author, has been asked to lead prayers and deliver the khutbah at a small prayer session in Oxford.

She has been invited by Dr Taj Hargey, a self-described imam who preaches an ultra-liberal interpretation of Islam which includes, among other things, that men and women should be allowed to pray together and that female imams should lead mixed congregations in prayer.

Three of the four mainstream schools of Sunni Islam allow women to lead exclusively female congregations for prayer, but the overwhelming majority of Muslim jurists are opposed to the notion of their presiding over mixed congregations outside the home.

Raza, 60, is part of a small but growing group of Muslim feminists who have tried to challenge the mindset that has traditionally excluded women from leadership roles within the mosque. They argue that nowhere in the Koran are female imams expressly forbidden. Instead scholars rely on the hadiths (the words and sayings of the Prophet Mohamed) to exclude women – although Muslim feminists and some progressive scholars argue that even these are not clear enough to say with confidence that women are altogether banned.

“It was a very profound experience,” Ms Raza said yesterday in a telephone conversation from her home in Toronto. “It’s not about taking the job of an imam. It’s about reminding the Muslim community that 50 per cent of its adherents are women who are equal to men. Women are equally observant, practising Muslims who deserve to be heard.”

Ms Raza’s appearance in Oxford is a repeat of a similar prayer session in 2008 which was led by Amina Wadud, an American-born convert and Muslim feminist. But this is the first time a Muslim-born woman will lead a mixed prayer service in Britain.

Ms Wadud’s prayers were attended by a small congregation of less than 40 who were heckled on their way in to prayers by protesters, largely by fully veiled Muslim women. Once inside the prayer hall, meanwhile, they were comprehensively outnumbered by journalists.

But Dr Hargey, a divisive figure within British Islam who runs the Muslim Educational Centre of Oxford, said his congregation had since grown and attracted new followers.

“For Friday prayers we now receive about 100 people, twice that for Eid prayers and important occasions,” he said. “I am expecting about 200 people to attend this Friday’s prayers.”

In recent years there has been a growing demand from Muslim women to be included and represented at their mosques. Earlier this week Faith Matters, a conflict resolution think-tank funded by the Government and private benefactors, released a list of 100 women-friendly mosques. The number of female Muslim scholars, meanwhile, often referred to as imamahs, are also on the rise.

Ms Raza, who is due to fly into Britain this morning, said she was aware that she would be preaching to the converted tomorrow. “But it’s about opening one heart, one mind at a time,” she added.