Online giant promises to pass on its share of profit to NGOs helping refugees from the hit song by anti-Islam group. 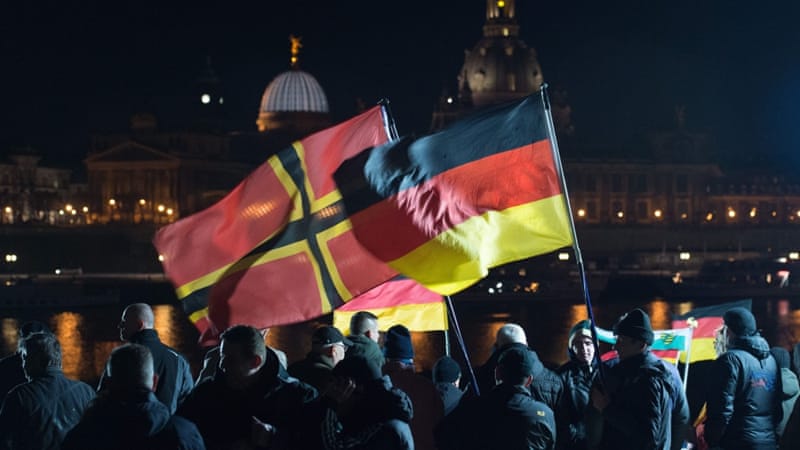 Online retailer Amazon has promised to donate its share of profit from sales of a song by German anti-Islam group Pegida to help thousands of refugees who have fled conflict seeking safety in Europe.

Customers planning to buy the single on Thursday were greeted by a message telling them the German subsidiary of the US-based online giant would donate its profit to NGOs dealing with the refugee crisis – the worst since World War II.

German Chancellor Angela Merkel has welcomed hundreds of thousands of refugees, mainly from Syria, drawing a backlash from far-right groups such as Pegida, which has held frequent protests against government policies that it says encourage immigration.

The track, titled Together we are strong, sits atop Amazon’s German chart having pushed British singer Adele’s Hello into second place.

The song selling for $1.40 was released on December 21 and it is not clear how many have been downloaded in total.

More than 370 reviews have been written for the release, with the vast majority of people leaving one-star ratings – the lowest that can be given.

Many of those commenting left sarcastic quips or expressed their embarassment.

“What can I say? Stupid, embarrassing, irrelevant, a little reminiscent of a poorly made copy of the Henry Maske song,” said one reviewer, referring to the cinematic score used as entrance musicby the German boxer.

Many of the five-star reviews were equally critical of the song itself, but thanked Amazon for donating its share of revenue towards the refugee crisis.

Pegida, which is a German acronym of Patriotic Europeans Against the Islamisation of the West, is a far-right movement in Germany and other European states that positions itself against Muslim immigration and the movement of refugees into the continent.

The organisation has been accused of far-right sympathies by its detractors and has been condemned by Chancellor Merkel.